As usual I love to write a couple of short lines about my last Photo Year!

It has been a great and unique season of snow, run, trek and climbing pictures. Many adventures and stories, but there are more to discover, so… ride on!

The year started in France, at the Pearson’s, where I did not take the camera. I was on a holyday with friends!

As soon as I got back home, I jumped in Adriano “Franz” Carnati’s car to ride whit his family to Finale, and see what the future could look like. And seing Stefano so solid on those hilarious crimps… Anyway, right after it was time to get back to Milan and work with the buddies of Sfelab on a CAMP project, the global ad campaign. Creativity, concept, pictures. An interesting team work. You’ll judge the results!

In the meanwhile snow was covering the Alps, and with my friend Paolo Marazzi, my biggest project of the year was starting. Smog 2015 was borned, and we started to work on it with some partners!

And before anything could happend, we figured out a two days on Grignetta to ride a new line, with undecent results… “noi, marinai del mar Rosso” descent was borned.

While Paolo was trying to arrange a decent setup for the trip (see later) I run to Daone with another living legend of whatever you can do out there: Matteo Rivadossi. Check more on CASSIN ads.

In a very difficult year for ice, we found something… Click and go, back to the snow with Pietro Porro to work on Smog2015 and Paolino. 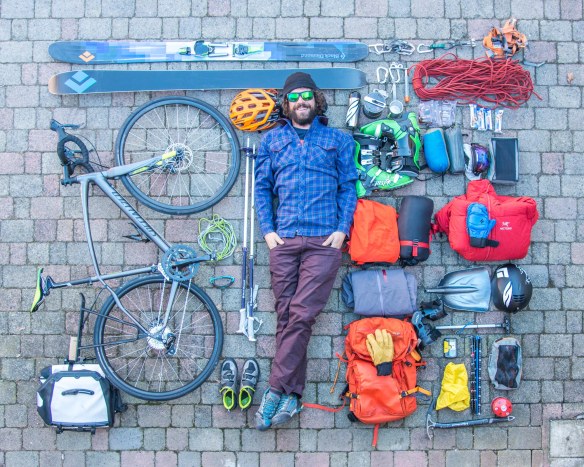 7 days in a snowcave are way beter than what you’d think. Unfortunately there’s no app for the smell…

The first bivy on the way to the snow…

And after 200 km with a fully loaded bike…

Ok, SMOG2015 was done, I went to judge my friends at the KOD and the snow was starting to melt… Warm up your soles and ride to Finale. Once every while for a running reason!

I think the most watched video on the channel! Wow, not bad!

And so far running is running, let’s run to Iseo with Laspo for some good shots with Chiara Gianola and Emanuele Manzi. Great place, great peolpe!

What a mistake! Snow was already “on”, so let’s fly to Cortina, for the epic Punta Nera contest!

A picture can tell more than 100 words. Cortina rocks!

Okok, move on to Melloblocco with the living legend of climbing: Stefan Glowacz and Stefano Ghisolfi for CAMP! 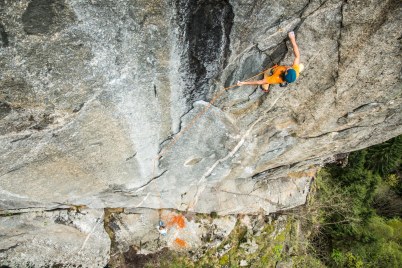 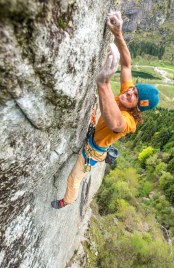 Move on! It’s not always time for work! Cadda party had to be done! Oh my god…

Quella che stampa i tiri in faccia a Farzio Bardi 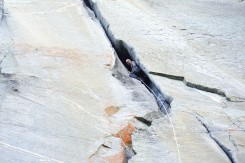 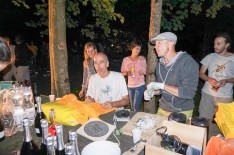 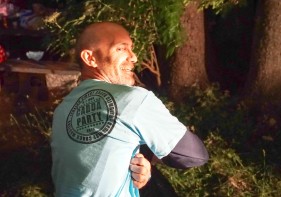 Just the time to recover from the hangover and back to reality with Specialized and a great testimonial: Vincenzo Nibali!

Bicycles, not exactly my natural environment… till now!

Anyway, summer is getting in and the “big game” is starting. First job, biggest one! Two amazing days with Luca Schiera, Matteo Dezaiacomo and Paolo Marazzi on the first non bolted big wall of the Masino. Check more on ragnidilecco.com

Only a complain: don’t sleep in 4 in a portaledge…

Pack on! Pack on! Southafrica is calling: Riky and Pietro are answering! With the Onceuponaclimb duo (James Pearson and Caroline Ciavaldini) to look for the hard (est) trad lines possible… The result? You’ll see in the upcoming TNF movie this spring! 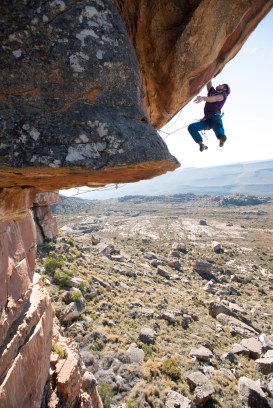 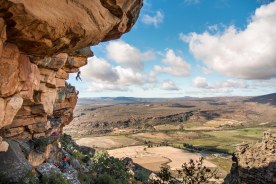 Or maybe in those simple previews!

Back to Europe, and move north. Lofoten rock was calling. Whattaplace!!! 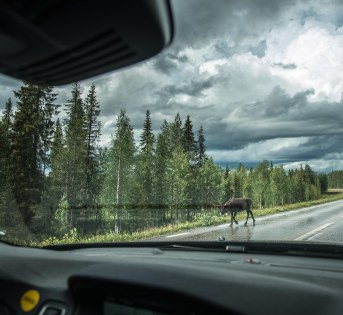 Relaxed? never in my live. Simone Pedeferri on the phone… bad news. New big wall was sent: time to jumar some serious business!

And… from legend to legend, drive to Orco with Roland Larcher on some new trad lines! Not bad for the old lion! Not bad even if he was 20!!! 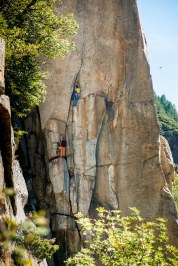 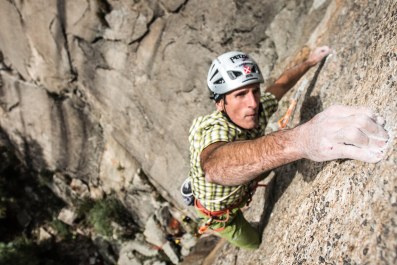 Now it’s my time! With a crew of climbing addicted, we left for the UK, Peak District… I think you’ll read something on next Pareti issue!

There’s always time to be serious 😉

Back from there, I had to do something to back the office up, but than time for action came in again, with the supoer talent Jacopo Larcher that, in a coupkle of weeks, could solve a couple of hard bids of rock…

Finally I moved up to Sardinia for an Italian Job with Camp… But that will be shown in some other venues!!! 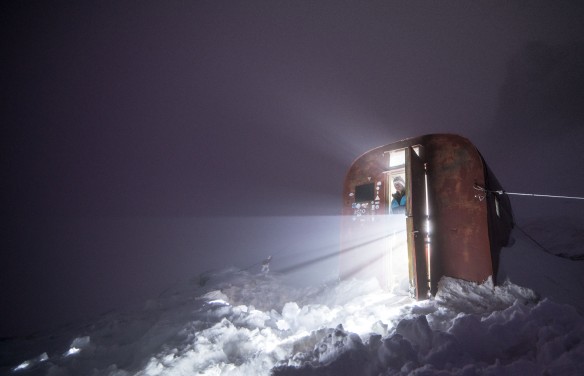 We went where we could not, we saw lights that don’t exist.

Getting high, trying to be faster than the clouds

Finally at Fiamme Gialle bivy. No price, your Mastercard is useless! 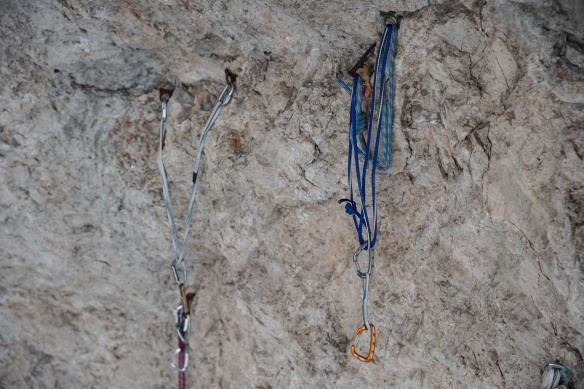 My mate Pietro called me this morning, and I learned thgat my picture of James Pearson on mount Qualido has been honoured with the covr shot of the prestigious apline magazine! It’s fine to know that the right weight has been given to this first ground up ascent.

Biby on the way to the Fletschhorn 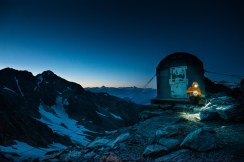 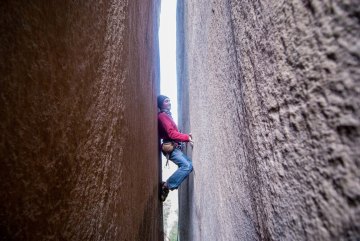 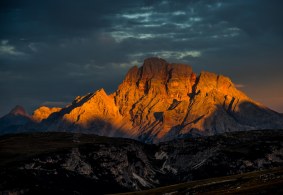 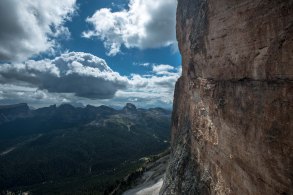 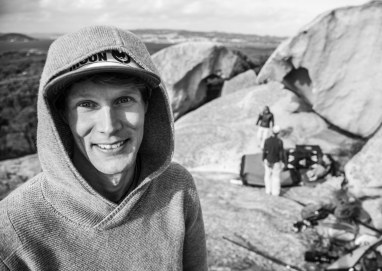 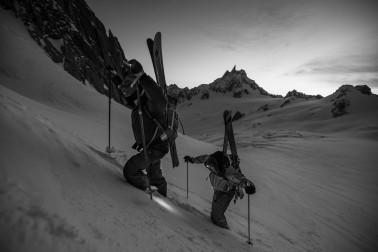 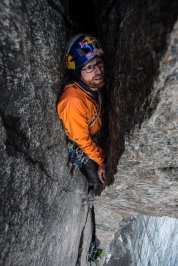 Hansjorg Auer, in my favourite image from the expedition 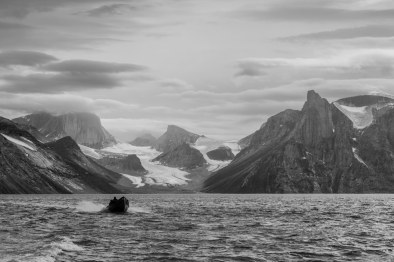 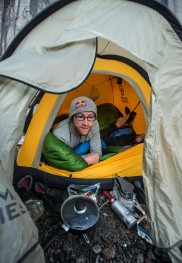 Iker Pou, the doors, 8b, the hardest in Baffin 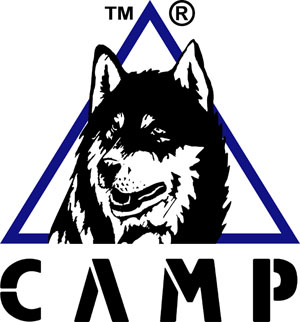 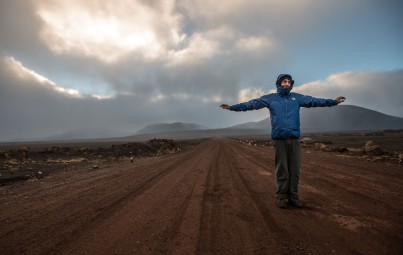 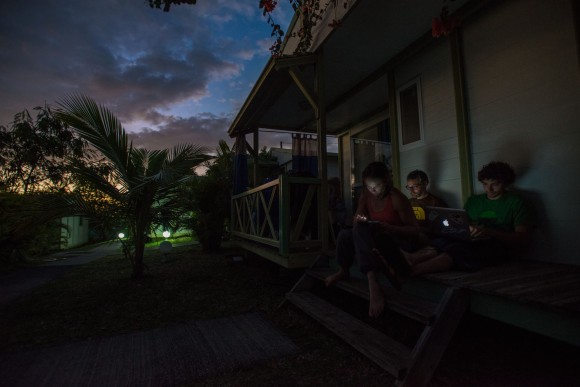 Simply some random things I do, I think, I like